Annapurna Base Camp Vs Everest Base Camp

Which trek is harder, Annapurna Base Camp or Everest Base Camp?

How long does it take to trek Annapurna Base Camp?

Annapurna Base Camp (4130meters) trek can be completed within 8 to 14 days, depending upon the route that the trekkers prefer. We can customize our packages at the time that trekkers have. If the trekkers have enough time and don’t want to complete their trek in rush then they can plan for the 14 days trek.

How long does it take to trek Everest Base Camp?

Within 10 to 14 days Everest Base camp (5380 meters) Trek can be completed, depending upon the trekkers’ strange and ability. Trekking can be customized on the trekker’s length of stay and on their demand. In addition, the most effective package for Everest Base Camp Trek is of 10 days.

4: Trek to Dingboche (4360meters) from Tyangboche.

8: Trek back to Namche Bazaar.

9: Trek back from Namche bazaar to Lukla for flight.

10: Fly Back to Kathmandu from Lukla.

Why do people love to trek Annapurna more than Everest?

Annapurna Trek is a moderate trekking trail where obstacle levels are found to be lower than the Everest trek. Annapurna trekking trails are more professionally managed which makes trekkers trekking easy.

Which trek is safe Annapurna Base Camp or Everest Base camp?

Can one see Mt Everest from Annapurna Area?

Which trek is perfect for solo Travellers?

Both treks are equally safe and perfect for solo travelers. But the trekkers must know the route of the trek.

In some places, there may occur a language barrier among the local people, as some don’t understand the English language. Thus, We suggest Traveller take the guide with them to help on your trip because the problem doesn’t arrive by saying. Not only that, in some cases travelers don’t get the room for a night’s stay.

If the trekkers want to go solo then they can go with the help of a Travel Agency. They will guide you by phone and help to book the hotels, lodges, or tea house rooms. This makes your trip perfect and your solo travel will be successful.

Which trek is better, Annapurna or Everest?

Different factors are there to make someone or something better. For budget travelers, Annapurna Base Camp Trek can be the best choice. It is because the rate of tax is slightly less on this trek and trekkers are not needed to take flight. Also, the accommodation and cost of food are found cheaper in Annapurna Trek. And one can enjoy the best trekking trails in Nepal.

Similarly, Everest Base Camp Trekkers can enjoy a close-up view of Everest (the highest peak in the world). Which would be a lifetime experience and would be prestige for trekkers.

Which trek is cheaper, Annapurna base camp or Everest Base Camp? 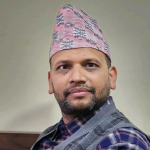